From October 4 to 7, the International Exhibition of Agricultural Machinery AGROSALON once again confirmed the status of the largest event in Russia for all professionals in the agricultural sector.

In Moscow, at the Crocus Expo IEC, 485 companies from around the world presented their advanced developments and flagship vehicles. The event was organized by the Rosspetsmash Association with the support of the Russian Ministry of Industry and Trade.

This year, 29,744 visitors saw and appreciated the full range of technical and technological solutions for efficient agricultural production: combines, tractors, forage and tillage equipment, sowing complexes and loading machines, equipment for fertilization, plant protection, post-harvest processing and crop storage, thousands copies of components, as well as IT developments that make equipment “smart”. 84 delegations from 32 regions of Russia came to AGROSALON. 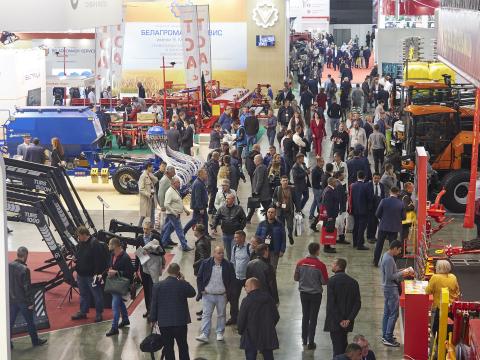 Such interest is not accidental: AGROSALON, among other things, gives guests a unique opportunity to personally negotiate with the top management of the leaders in agricultural engineering.

The exhibition was of particular interest to professionals in the agricultural sector - agricultural producers, scientists and machine builders.

Exhibition with a total area of ​​45 thousand square meters. m. filled with several thousand exhibits, including 307 large-sized samples of machines and equipment!

“AGROSALON is not only one of the largest specialized exhibitions where you can fully get acquainted with the capabilities of agricultural machinery manufacturers. This is a meeting place for people who are not indifferent to the fate of the village, who create conditions for the development of agriculture, - commented on the event, Chairman of the Board of Directors of the Rosspetsmash Association Konstantin Babkin. —Feeding Russia and ridding the world of the threat of famine is impossible without the technical and technological modernization of the countryside. Therefore, agricultural machinery manufacturers use all the advantages of the AGROSALON exhibition to organize a large-scale demonstration of the latest achievements in the field of digital farming, production and development of new resource-saving technologies for farmers. The factories will present the most modern models of agricultural machinery and innovative equipment, which are being developed to increase productivity and improve the efficiency of the agro-industrial complex.” 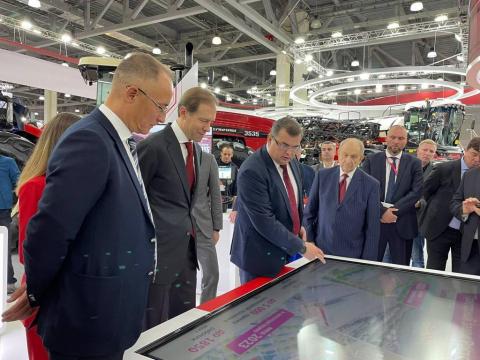 The event aroused great interest from government and business structures. One of the first visitors to appreciate the exhibition, full of all kinds of equipment for working in the field, was the Deputy Prime Minister - the head of the Ministry of Industry and Trade of Russia Denis Manturov, who toured the exposition and held a meeting with the heads of agricultural engineering enterprises.

The minister got acquainted with the latest engineering solutions and novelties of the model line of the Rostselmash group of companies, including an updated forage harvester, a high-performance self-propelled mower for livestock breeders and a combine harvester with a Russian engine.

Rostselmash also demonstrated the work of the Attention Assistant system, which recognizes the degree of fatigue and drowsiness of the agricultural machine operator by the facial expressions of the farm machine operator - this principle can significantly increase the level of safety during long and monotonous work.

The St. Petersburg Tractor Plant presented the domestic Kirovets tractor with an autopilot system, Kolnag, a Russian manufacturer of potato cultivation equipment, and plants of the Almaz group of companies that produce tillage equipment and spare parts also demonstrated their products. 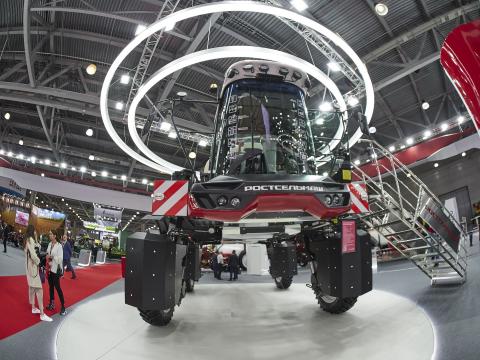 The exhibition also paid attention to mini-tractors, necessary for farmers and rural residents. To Denis Manturov, the Pegas-Agro plant demonstrated the Tuman-3 self-propelled sprayer-spreader, which has no analogues in the world: thanks to its unique design, it can operate at high speed even on fields with uneven terrain, and due to the lightweight chassis design, it can move freely and on frozen ground.

The Minister of Industry and Trade of the Russian Federation also examined the stands of the Melinvest enterprises (manufacturer of grain cleaning lines, grain dryers and granaries, feed, transport and mill equipment), Koblik Group (manufacturers of grain dryers, separators and grain cleaning machines, storage silos, trailed equipment) and Eurotechnika (manufacturer of technological complexes of machines for the cultivation of grain and oilseeds using modern resource-saving technologies). 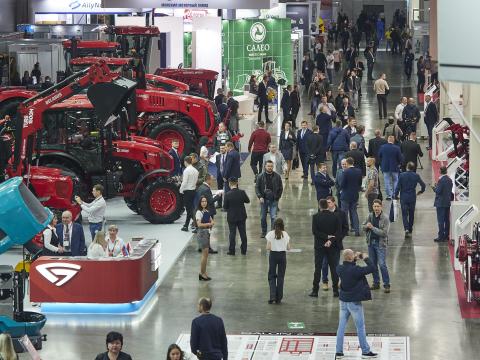 But the guests were able to independently assess the driving performance of agricultural machinery in the special zone "AGROSALON-Drive". On test drives near the pavilion, those who wished to ride in the cabs of a powerful RSM 2375 tractor and one of the most productive combines in the world - RSM 161.

The highlight of the exhibition was the exposition of the Festival of positive ideological art “Time, Forward!”, where visitors could see 27 works by artists participating in the project.

Traditionally, AGROSALON distinguished itself not only by the exposition part, but also by the meaningful business component, which included 32 specialized events. The program was attended by the heads of regions, federal ministries and departments, the largest enterprises of agricultural engineering, agricultural holdings and farms, foreign delegations, delegations from the country's regions, industry experts and the media.

Within the framework of the exhibition, a “Subcontract Exchange” was held - a series of direct prepared negotiations between manufacturers of agricultural machinery and suppliers of spare parts and components, who could exchange information and contacts on the manufacture and supply of parts and assemblies.

The exchange was attended by 52 enterprises from 20 regions of the Russian Federation and the Republic of Belarus, which held more than 200 negotiations. 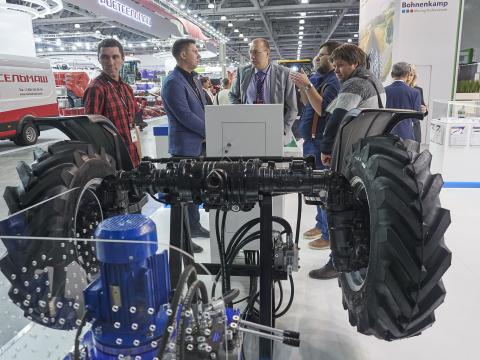 The key events of the business program were 9 conferences and 12 training seminars, at which more than 90 reports were heard and discussed on a wide range of issues of the development of the Russian agro-industrial complex. Among the topics discussed were issues of production and promotion of crop and livestock products.

On the final day of the exhibition, the Youth Day – AGRICULTURAL GENERATION forum was held, which brought together more than 1,200 young engineers from 30 leading agricultural universities in Russia. 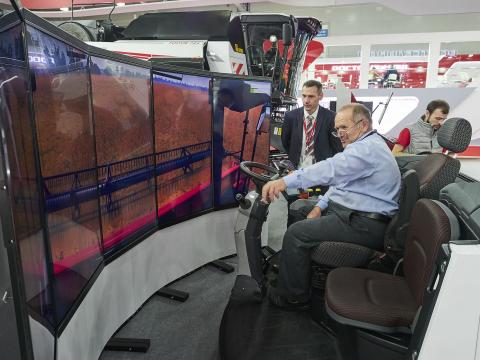 AGROSALON has become an event widely covered by the media. Teams of professional journalists actively worked at the stands and promptly covered all the most significant events of the exhibition.

The international project AGROSALON has become a place for demonstrating the latest developments, as well as business negotiations and friendly meetings with long-term partners. For four days of active work at the stands, the participants achieved their goals, signed numerous contracts and provided their enterprises with new orders and new partners.

This result has become an incentive to join the active work on the formation of the exposition of the AGROSALON exhibition, which will be held from October 8 to October 11, 2024.

AGROSALON is held in a pan-European format - once every two years.