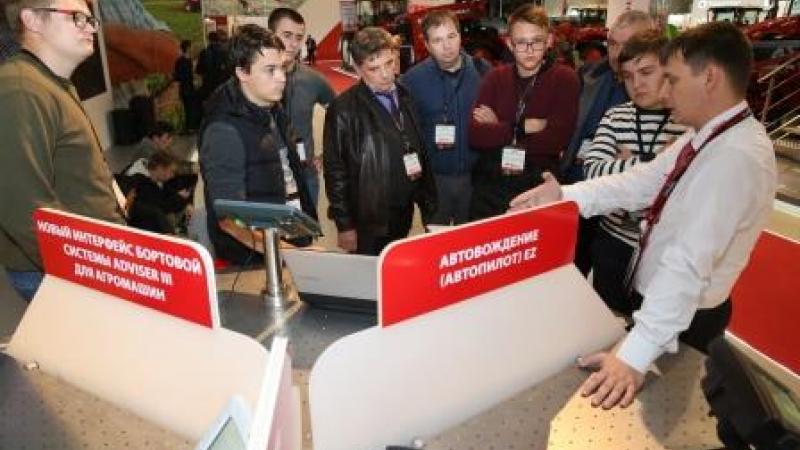 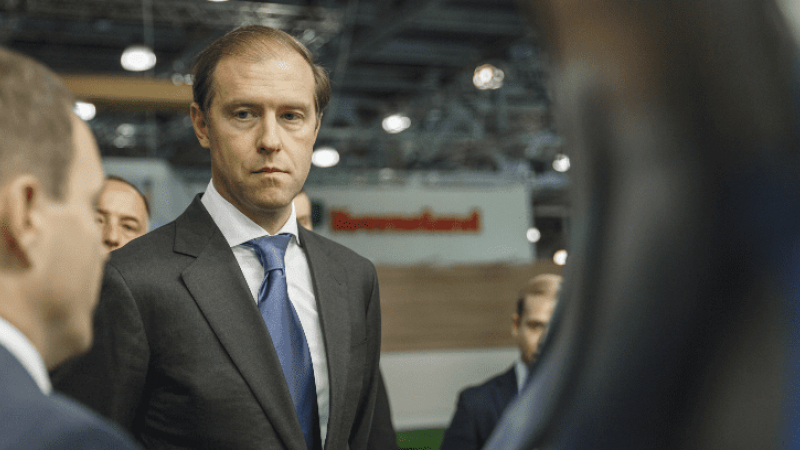 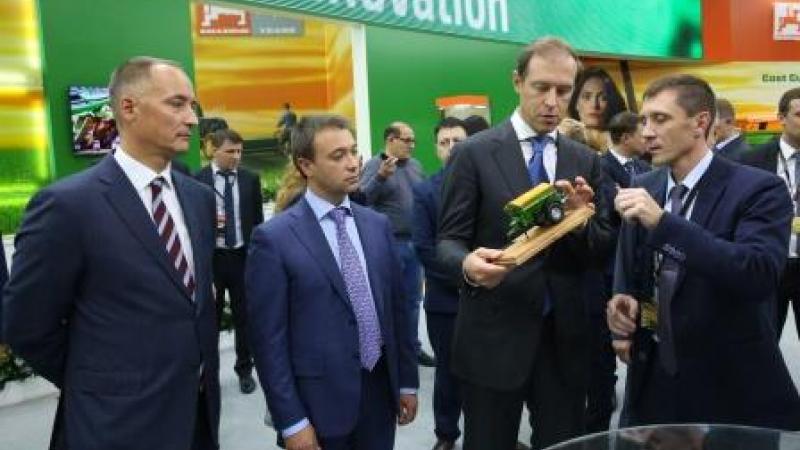 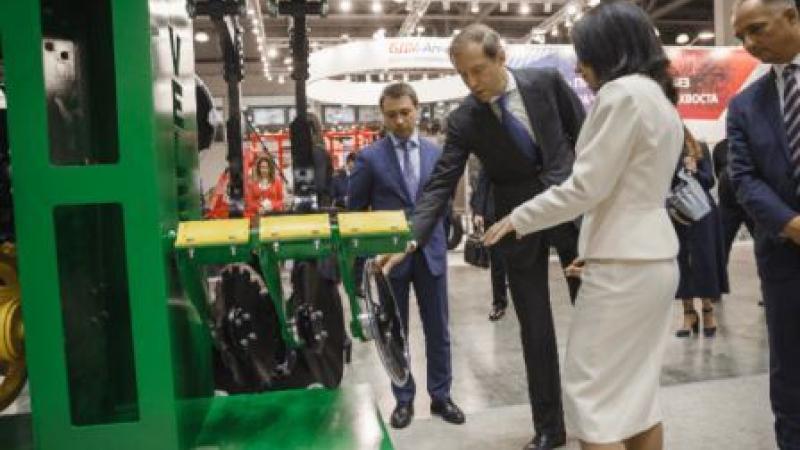 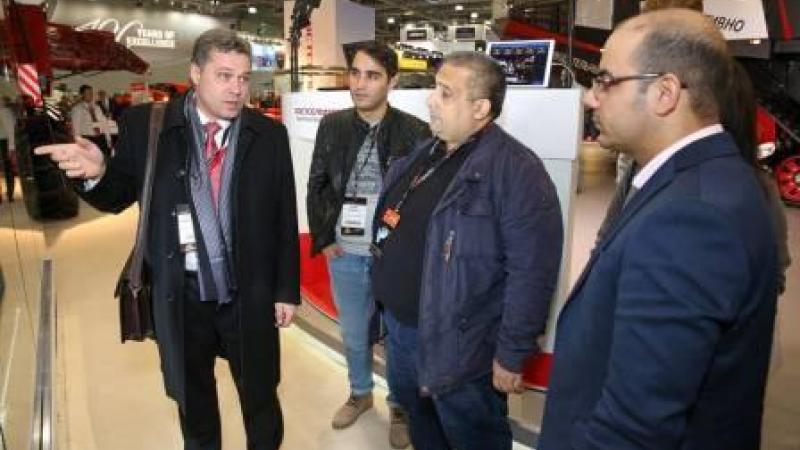 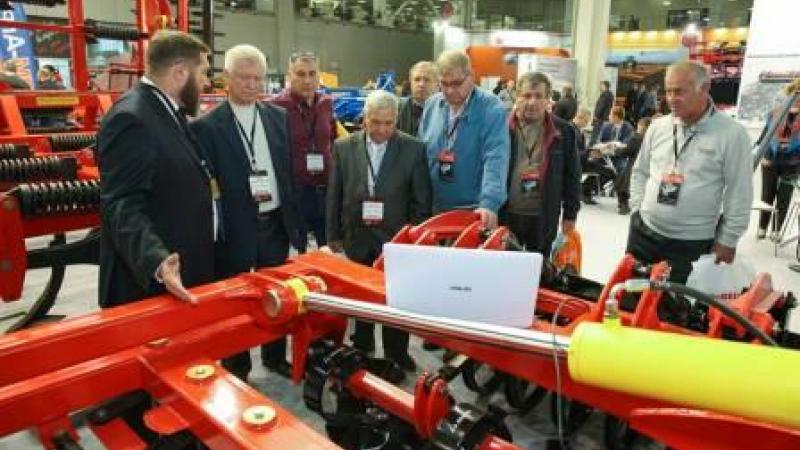 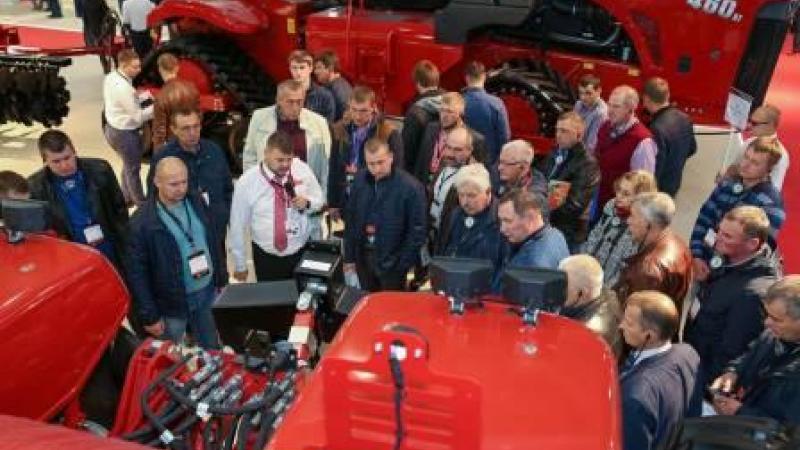 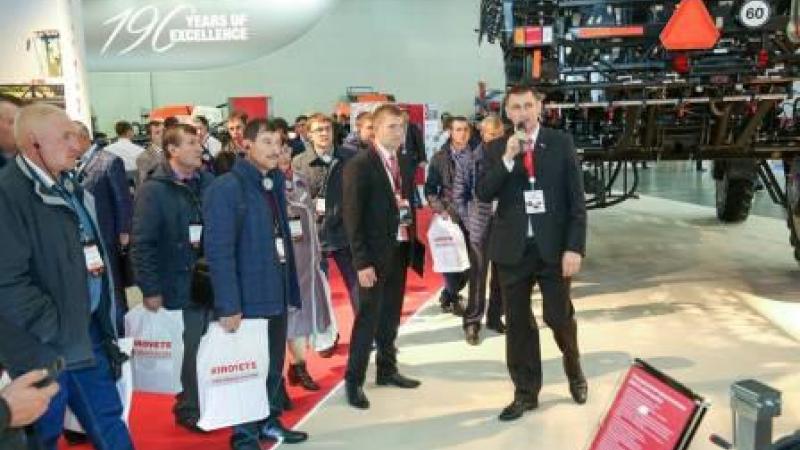 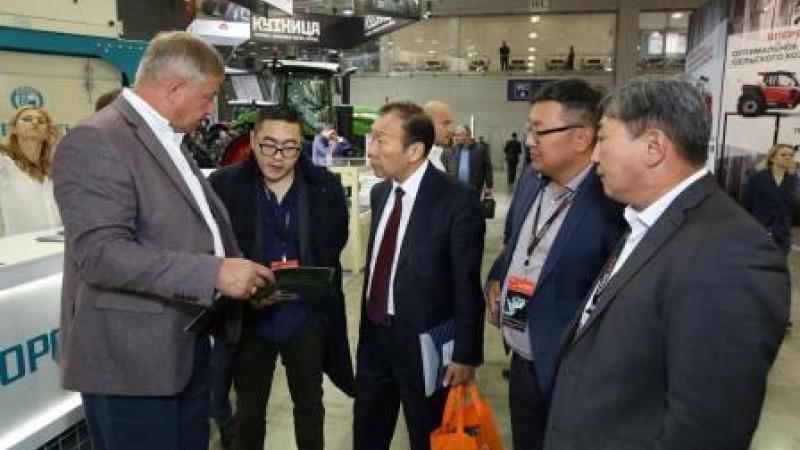 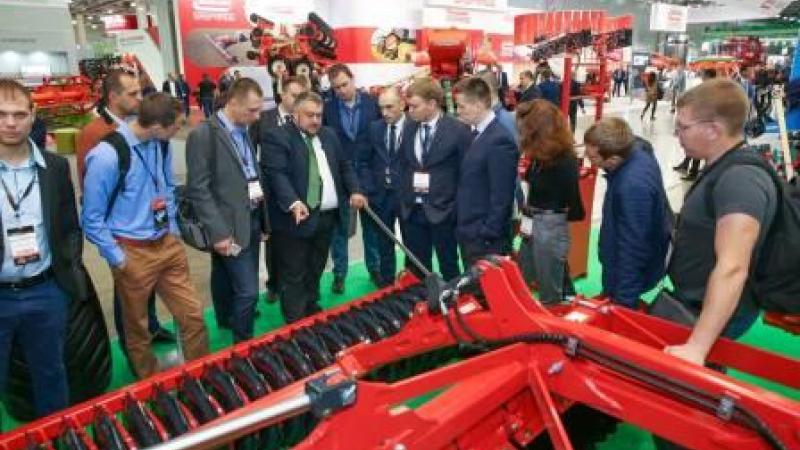 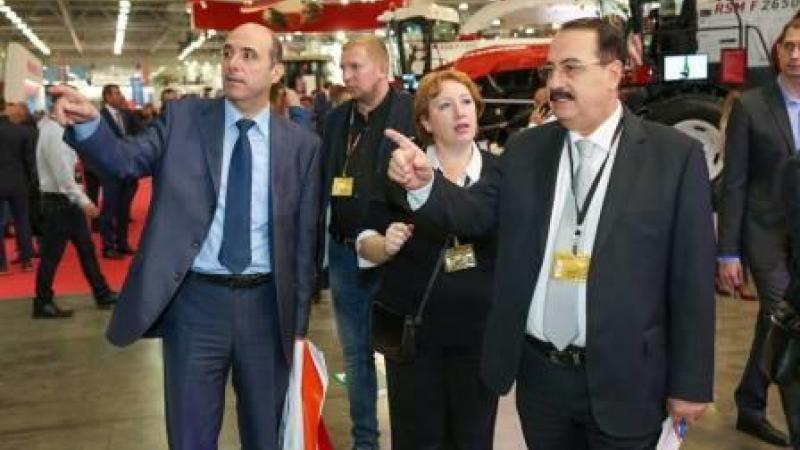 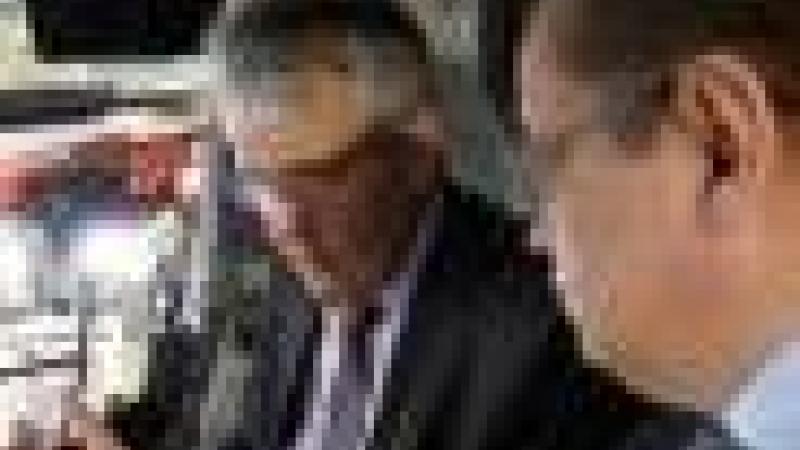 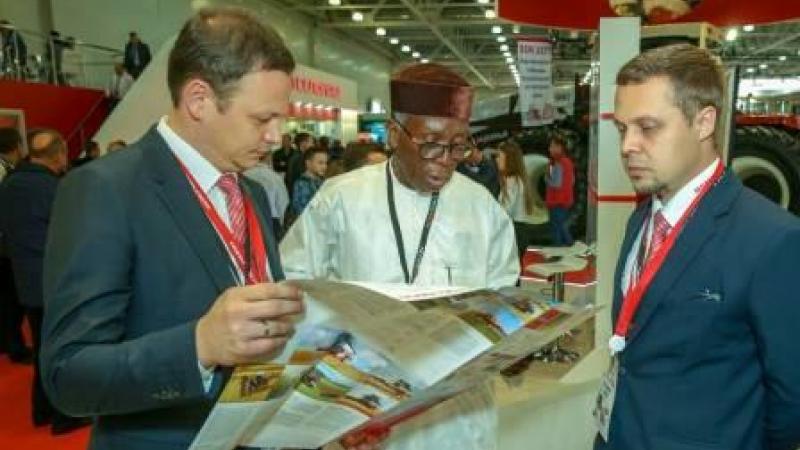 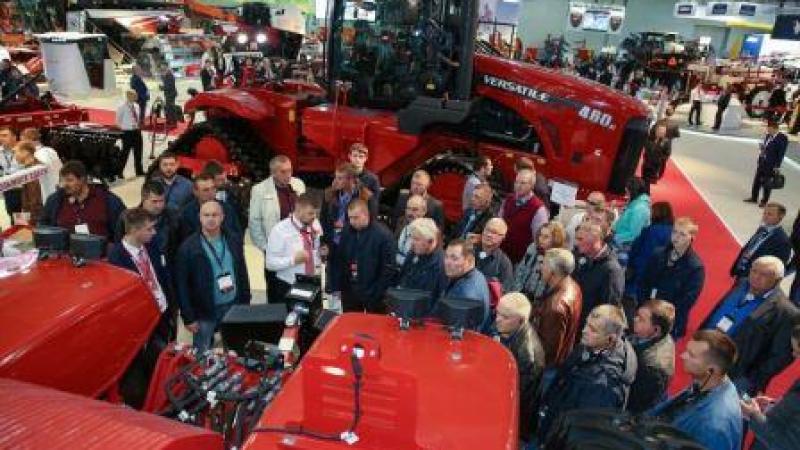 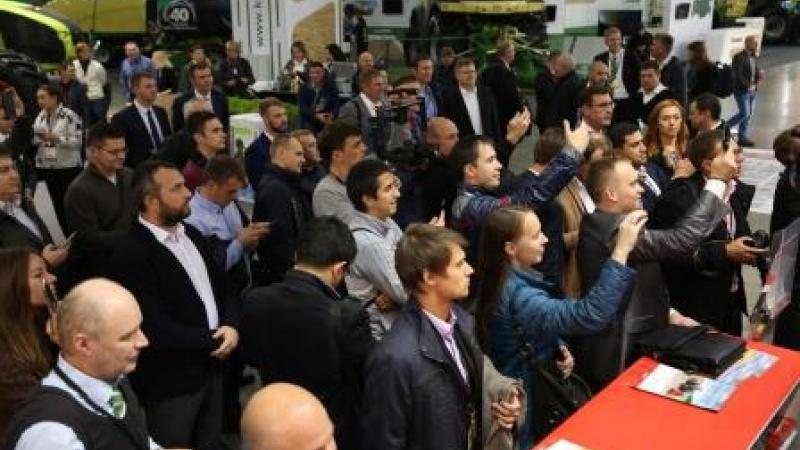 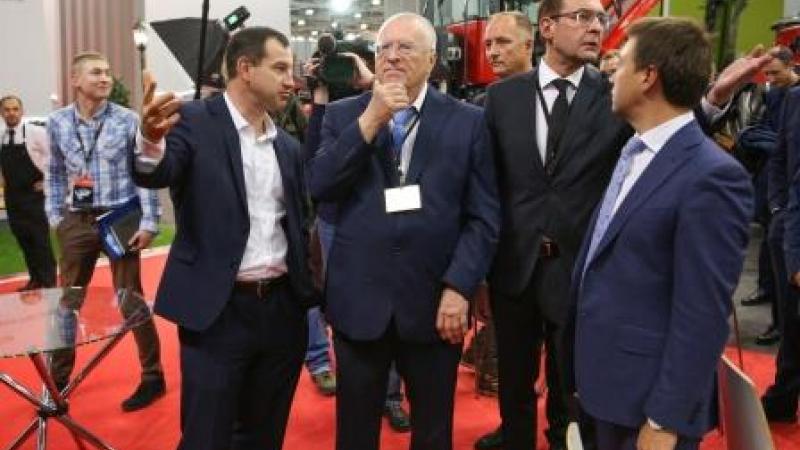 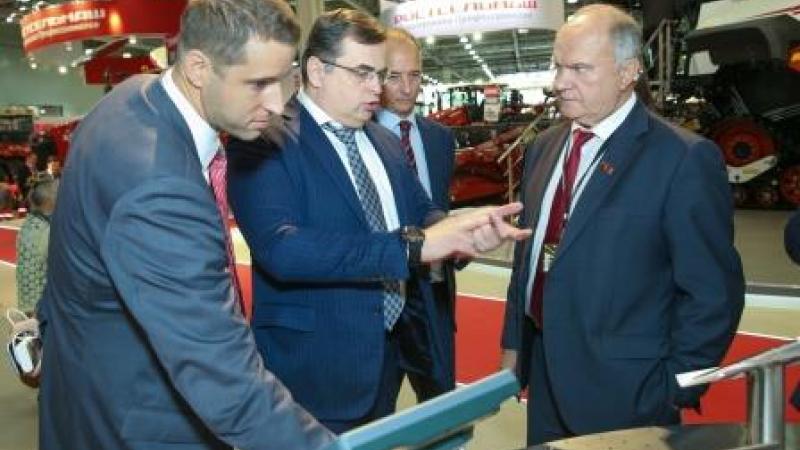 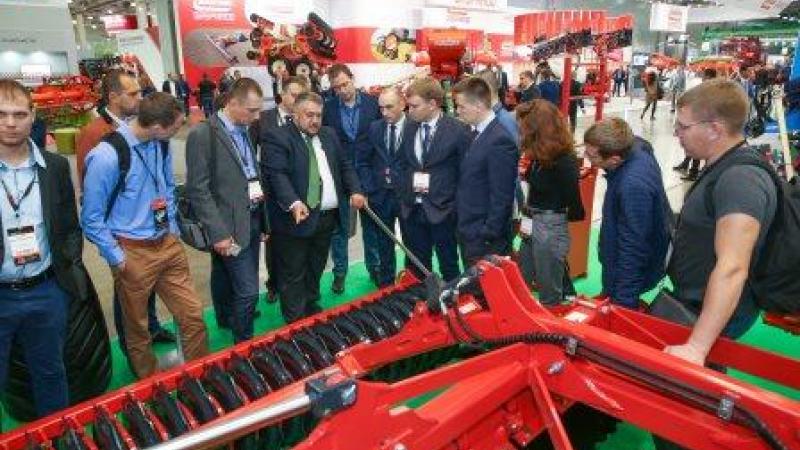 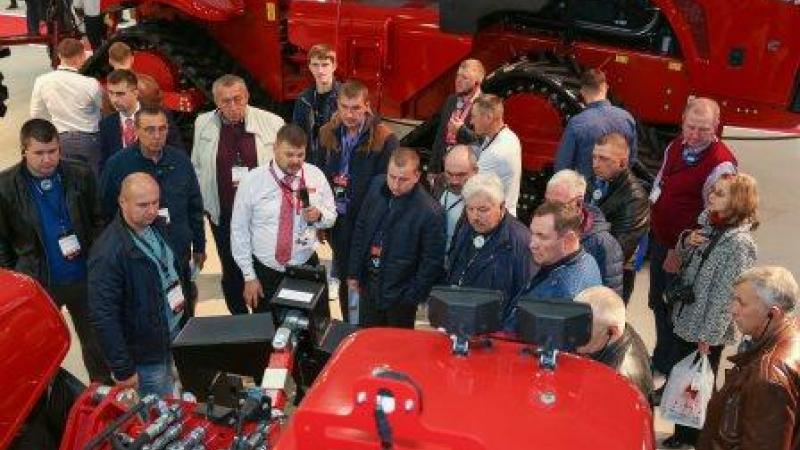 During four days on the area covering ​​64,531 sq. m leading manufacturers from 34 countries demonstrated novelty products of the world agricultural machinery and the latest technical solutions in the field of bioenergy and agro-business management systems.

Huge potential of the Russian market attracted high interest of foreign partners, due to which National Pavilions of Germany, Italy and China were organized.

The event celebrated its 10th anniversary and presented more than 4 thousand exhibits, including 694 samples of machines and equipment.

The exhibition covered all areas of agricultural machinery: tractors, combine-harvesters, machines for soil preparation and sowing, for harvesting, fodder conservation and plant protection, as well as components and what not.

125 delegations of professionals from all over Russia and the CIS countries and 10 foreign delegations came to plunge into the future of the global agro-industrial sector. In total, the exhibition was visited by 33,723 specialists of the agro-industrial complex, who highly estimated unusual and interesting exhibits, learned novelties of the agricultural machinery market in details and took part in exciting test drives.

Traditionally AGROSALON distinguished itself not only by the expositional part, but also by the informative business aspect, which covered 43 specialized events aimed at improving professional level of visitors and exhibition participants.

Among the subjects discussed by Rosspetsmash Association the issues of equipment and technologies intellectualization were raised; Rosstandart held public consultations on the struggle against infringement production in mechanical engineering; NAMI (Central Scientific Research Automobile and Automotive Engines Institute) together with the Association of Agricultural Machinery Manufacturers VDMA discussed development of production of components, and at the round table meeting of NAMI and Federal Scientific Agro-engineering Center VIM presented the image of the tractor in FUTURE .

AGROSALON was widely reported  by mass media. 94 media partners - leading industry periodicals and web portals, including Agro-business, Novoe Selskoe Khoziaystvo, Agroinvestor, Agrotekhnika i Tekhnologii, and AgroMediaHolding Svetich. Fermer.ru was the general Internet partner. AgroReport magazine was a strategic partner. TV channel Auto Plus was a TV partner. Radio RodnyhDorog was a radio partner. Teams of professional journalists actively worked at the stands and promptly covered all the most significant scenes of the event.

On the second day of the exhibition during the Gala Nightmembers of the Exhibition Committee presented awards and honorary diplomas to winners and laureates of the Independent professional Contest of Innovations AGROSALON 2018.

Only 16 from the 70 newest inventions of the world's leading manufacturers sent to the Contest, were considered as the best. All nominated machines were evaluated according to strict criteria: practical importance of innovation, advantages for enterprise’s economy and balance of labor resources, increased efficiency and improved environmental situation, preservation of natural resources and improving soil fertility, impact on safety and facilitation of labor. All awarded items were showcased in the exhibition halls.

Great interest was shown by the government structures. The Minister of Trade and Industry of the Russian Federation Denis Manturov, who visited the exhibition on October 11th, got the idea of ​​the latest industry trends. After reviewing the products of agricultural machinery enterprises, the Minister met with the heads of leading Russian factories, who spoke about their plans and achievements.

Other high-ranking guests came to evaluate the exhibition. AGROSALON was visited by the leaders of the State Duma factions of the Russian Federation, delegations of ambassadors and diplomats from 37 countries, as well as governors and ministers of agriculture from 25 regions of Russia.

Close attention was paid to the equipment of Russian enterprises, which demonstrated the productive and investment potential of Russian industry. Visitors could see modern machinery and equipment of 182 Russian companies, including machines that were developed with the support of the Ministry of Trade and Industry of Russia.

For example, innovative Russian baling machineNB15C produced by Navigator-Novoe Mashinostroenie will be a competitor for foreign analogues in the domestic and foreign markets.

Peterburgsky Traktorny Zavod presented the final product of a five-year modernization of agricultural tractors of 5-8 drawbar categories−Kirovets of K-7 series. A sample of the most powerful modification of K-742 in Premium Plus configuration with a 428-horsepower diesel engine was shown at the stand.

Rostselmash, one of the world leaders in agricultural machine engineering, presented 19 models of advanced machinery. The world premiere is the world's most efficient rotary harvester-thresher Torum 785 with windrow and field edge autopilot system RSM Explorer, that received the gold medal of the independent professional Contest of Innovative TechnicsAGROSALON2018. The company also demonstrated domestic inventions in the field ofartificial intelligence and big data that provide digitalization of agriculture.

Stands of foreign headliners were also full of premieres. Within the exhibition, Amazone presented eight machines, six of which were the absolute novelties for Russia, and two became the winners of the Agro-innovations Competition and got the gold and silver medals.

The main innovations of the CLAAS stand, harvester-thresher Tucano 580 and universal harvester Convio Flex received silver medal of the Contest. In addition to the awarded innovations, the Russian premiere of the telescopic loader Scorpion 736 Varipowerwas held. Apart from that, visitors saw field forage harvester Jaguar from the inside thanks to virtual reality technology, which was a kind of a tricky part of the brand's exhibition.

In addition to the virtual opportunity, visitors of the exhibition were able to practically test the machinery on the open area of ​​AGROSALON Drive. Near the pavilion, those who wished to take part in test drives could evaluate driving performance of premiere rotary harvester-thresherTorum 785, tractor RSM 2375 and the most powerful tractor from Minsk Tractor Worksrange− Belarus-4522.

The matchmaking platform Agrocomponent was organized for interesting and productive communication. Experts from 36 plants held direct negotiations with hundreds of the world's leading manufacturers of components and constitutive elements for agricultural machinery. Initially planned format of 7-minute express meetings went beyond simple exchange of information and contacts, since the deals were made on the spot.

The exhibition was reached completion with the "Youth Day − AGRO-GENERATION", which gathered 1711 young engineers from 42 leading agricultural universities of Russia. Young scientists and students took part in the Contest of Innovative Works and the best applied scientific works were awarded with honorary diplomas and memorable gifts.

Demonstrations of long-awaited premieres, business meetings and vivid impressions will stay in the memory if the visitors for a long time. Numerous contracts and new orders will give the impetus to the global agro-industrial business!

AGROSALON is held in a common European format − once every two years.

More is better! AGROSALON group visits are free of charge!